Archive for the ‘Board games’ Category

One hell of a send-off: Pandemic Legacy: Season 0 wraps a stylish board game series

When Pandemic Legacy: Season 1 was released in 2015, it was met with a rave reaction from players. A campaign-based take on the original Pandemic, it dropped fans into the familiar role of medics battling to eradicate deadly viral strains before they spread around the globe and destroy humanity.

The game’s biggest draw was a storyline which unfolded over multiple play sessions, with diseases mutating and cities falling into chaos as a sinister conspiracy spread its tendrils across the world. Along the way, players put stickers on the board, destroyed cards, and opened sealed compartments to reveal hidden components, permanently changing the game in response to their own actions. A sequel, Pandemic Legacy: Season 2, took the action decades into the future, exploring a world wracked by the events of the first game. Now, there’s a third and final installment, taking players back to the dangerous days of 1962 and the height of simmering tensions between the United States and the Soviet Union.

Since it was first published in 2009, the hyper-competitive family strategy game Small World has become a perennial tabletop favorite. Ironically, given its name, its success has caused its fantasy realm to grow over the years, with a steady stream of expansions introducing new factions to command and new regions to explore. Now, though, the game has shifted to an entirely new setting with Small World of Warcraft, a standalone game set in WoW's orc-infested land of Azeroth.

For the uninitiated, the original Small World has players control rival factions, all competing to seize territory and expand their empires. While it’s a premise shared by countless "dudes-on-a-map" strategy games, Small World's unpredictable take on the concept comes with a handful of twists that help it stand out from the crowd.

Sagrada is one of the best dice-drafting games on the market. It makes excellent use of the inherent randomness of dice while still providing copious opportunities for strategic thinking and long-term planning. It’s also a visually appealing game, easy to learn but displaying more depth the more you play it—especially by making players think about how early choices may restrict their options later. And it’s about building stained-glass windows. Delightful.

These days, there’s a digital version of Sagrada out from Dire Wolf Digital, maker of several of the best digital board game adaptations on the market (including 2019’s Raiders of the North Sea and Yellow & Yangtze, which were both on my list of the best board game apps of 2019).

I once spotted a barracuda while scuba diving. It darted in close, shimmering silver, its features reminiscent of a high school bully: lean, sharp, with an underbite that jutted forward in defiance of both authority and band kids.

If I were to build that creature in Oceans, the latest card game from North Star Games, its traits would be Speed, Apex Predator, and Scare The Crap Out Of Fourteen-Year-Old Dan. (That last one is a promo card. It isn’t available, so don’t request it.)

Cloudspire: a $130 MOBA for your tabletop?

Locating the perfect tabletop MOBA is a bit like looking for a unicorn. It simply doesn’t exist and no amount of begging or fist clenching will make it appear. While the “multiplayer online battle arena” genre remains popular in the digital realm, it seems impossible to nail its feel in cardboard form. Perhaps that’s why Chip Theory Games elected to go in a different direction with Cloudspire, drawing not just from MOBA games but also real-time strategy and tower defense as well.

Little cardboard can be found in this enormous box. Units are thick poker chips, while the game’s surface is neoprene tiles that interlock to form randomized configurations. The sheer quantity of stuff in the box attempts to justify its high price tag while threatening to make you throw out your back if you don’t lift with your legs. By the end of Cloudspire’s three-hour playtime, plastic discs will be scattered about the table as if a slot machine exploded.

Nemesis brings alien impregnation horror to your tabletop—and it works

You’re roused early from cold sleep. The ship’s hibernatorium—and likely the remainder of the ship—is running on half power. There’s a body nearby. More accurately, there’s a body all over. For a moment, your sleep-fogged brain assumes somebody has splashed BBQ pork all over the floor and walls. Nope; that’s the crew member who was supposed to be on watch while everyone else slumbered.

Welcome to Nemesis, a board game with strong (but decidedly unofficial!) echoes of Ridley Scott’s Alien. It raised millions on Kickstarter—but is it any good?

It’s been years since I watched Cowboy Bebop. I remember borrowing imported VHS tapes and flying through the series (“bingeing,” as the kids today call it). I still remember Faye’s tragic return home, the iconic confrontation at the cathedral, and the many scenes of violence backed by beautiful jazz. The show is electric, burned into my brain. 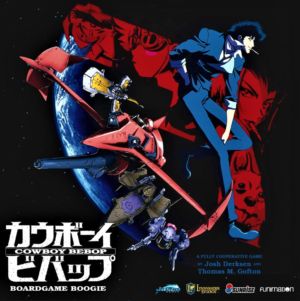 So Cowboy Bebop: Boardgame Boogie is immediately appealing. This is a 60-minute cooperative game where participants play Spike, Jet, Faye, and Edward, and it has a similar feel to titles like Star Wars: Outer Rim, Firefly, and even Tobago. You will spend most of the game on the repetitive grunt work of chasing bounties and earning Woolong to keep the Bebop’s lights on, creating enough food and cash so you can buy just enough time to deal with each character’s personal issues.

Welcome to Ars Cardboard, our regular look at tabletop games! Check out our complete board gaming coverage at cardboard.arstechnica.com, or peruse our massive 2019 board game gift guide.

Tabletop games continue their push into the electronic space, with at least a dozen digital adaptations released in 2019—and that’s not counting the numerous games in Early Access (like Gloomhaven) or approaching beta (Charterstone). Below, I’ve ranked my eight best of the year based on app quality, play experience, and purchase price.

Other games were either too buggy or just not good enough to include. I’ll give an honorable mention to Takenoko, which was released in early December and looks fantastic... but is just too buggy to recommend right now. For example, if you switch out of the app mid-game, the app usually restarts and loses your progress, and the app requires you to tap too many times during AI opponents’ moves. (Surprisingly, it’s from Asmodee Digital, who typically does such great and bug-free work, so I expect these problems will eventually be resolved, but for now I’d say hold off on purchasing even if you love the tabletop version.)

Ridiculous in the right way: Unmatched: Battle of Legends

The full name of this game is Unmatched: Battle of Legends, Volume One. That last bit is important because there is more Unmatched coming. This first set allows us to answer important questions like: who would win in a fight between King Arthur and Sinbad? What if Alice ventured out of Wonderland to carve up Medusa? The matchups in this absurdist fight club are bonkers, and we’re only getting started.

A long time ago in a galaxy far, far away... 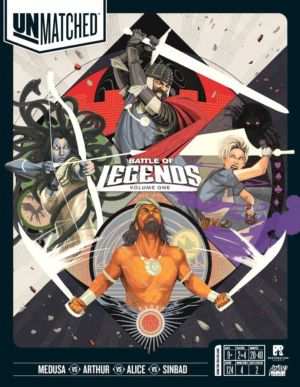 Restoration Games is the noteworthy publisher that has brought us new editions of classic games like Fireball Island and Stop Thief! Those designs were given a few nips and tucks, a couple of injections of Botox, and a new wardrobe. They’re fresh, but they’re also grounded in the past, and they know how to put nostalgia to good use.

It’s that time of year again—time to buy more board games than you possibly have time to play.

To aid you in your quest, we’ve once again updated our massive board game buyer’s guide for the year by adding new entries, pruning some old ones, and bringing things in line with our current thoughts. This isn’t necessarily a list of our favorite games of all time; it’s just a big list of games we’re recommending in 2019. The list is divided into sections that cater to different audiences, and we think there’s something here for just about everyone.

Whether you’re looking to pick up your next cardboard obsession or need a gift idea for your weird cousin who’s always going on about “efficient resource trade routes,” you’re in the right place.