Archive for the ‘credit card’ Category

Have you stopped at any Wawa convenience store and used your payment card to buy gas or snacks in the last nine months? If yes, your credit and debit card details may have been stolen by cybercriminals. Wawa, the Philadelphia-based gas and convenience store chain, disclosed a data breach incident that may have exposed payment card information of thousands of customers who used their cards at

Apple's new credit card is rolling out in stages to interested users (I got mine Monday!) and the early reception is generally positive. The card's primary draw isn't in its benefits, which are perfectly fine but not outstanding by any metric, but instead lies with its tight vertical integration with the Apple technology ecosystem and the (hopefully) increased security one gains by moving to using tokenized payments for (most of) your point-of-sale transactions. The card otherwise has a lot in common with other traditional credit cards—and, unfortunately, one of those things is the Apple Card's forced arbitration provision.

Briefly, this means that there is language in the Apple Card/Goldman Sachs' customer agreement that requires customers to give up their right to file lawsuits against Goldman or Apple, either individually or as members of a class, and instead forces customers into accepting binding arbitration to resolve disputes. Although binding arbitration is frequently defended by proponents as being faster and less expensive than lawsuits, arbitration heavily favors companies over consumers in disputes. The arbitrator or arbitrators are typically chosen by the company engaging in arbitration and tend to favor the company's interests; studies show that in the vast majority of cases, the odds of winning are heavily on the company's side. The bias in arbitration outcomes has been taken advantage of by numerous companies—including companies we regularly cover—to engage in some truly shady dealings.

(It's not just consumers who get shafted by arbitration—many companies force their own employees into mandatory arbitration, too, though a number of employers are beginning to walk back the practice.)

Apple Card, the tech giant's innovative take on virtual (and physical, for that matter) credit cards, has begun rolling out to users who previously expressed interest by signing up to be notified on the card's website.

It's a gradual rollout, and Apple hasn't explained its criteria for selecting the first customers to receive the card—it seems it's random. But sign-ups for the card are expected to open up to everyone who is interested by the end of August. Well, it will open up to everyone in the United States, at least—the card isn't yet available in other regions like Europe or Latin America yet, though Apple is in talks with partners about making that happen in the future.

Researchers from Chinese cybersecurity firm Qihoo 360's NetLab have revealed details of an ongoing credit card hacking campaign that is currently stealing payment card information of customers visiting more than 105 e-commerce websites. While monitoring a malicious domain, www.magento-analytics[.]com, for over last seven months, researchers found that the attackers have been injecting 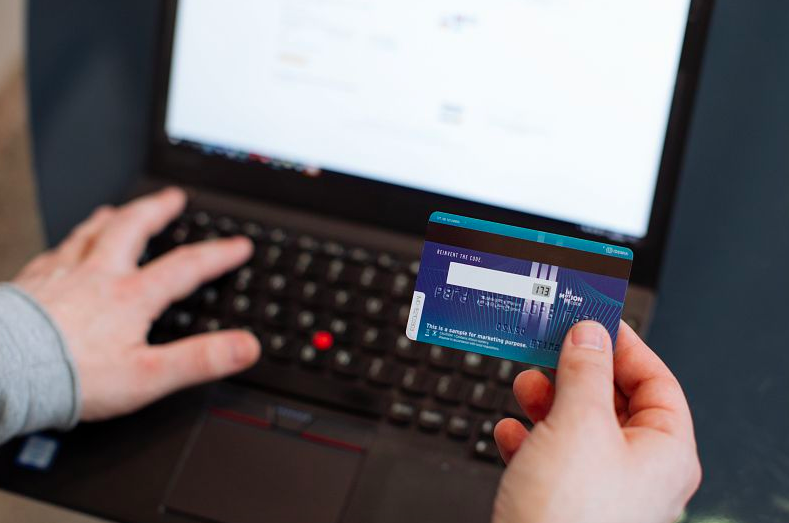 US-based PNC Bank is in the middle of a pilot project that aims to test out credit cards with constantly changing card verification values (or CVVs) to reduce online credit card fraud. The dynamic CVV is displayed on the back of such a card in e-ink, and changes according to an algorithm supplied by Visa.

Credit card fraud has long been a problem in the US. To stop thieves from re-using credit card numbers in brick-and-mortar stores, the US has been moving to chip-based credit and debit cards, which create a unique code for each transaction (although this transition to chip cards has been less successful than was hoped). But online credit card fraud is another beast. Once a fraudster has stolen a credit card number, they often can use the static number to make online purchases without being thwarted by chip complications.

The son of a prominent Russian lawmaker was sentenced on Friday by a US federal court to 27 years in prison after being convicted of stealing millions of US credit card numbers and causing some $170 million in damages to businesses and individuals.

This sentence is so far the longest sentence ever imposed in the United States for a hacking-related case.

MasterCard has unveiled its brand new payment card that has a built-in biometric fingerprint scanner, allowing customers to authorize payments with their fingerprint, without requiring a PIN code or a signature.

The company is already testing the new biometric payment cards, combined with the on-board chips, in South Africa and says it hopes to roll out the new cards to the rest of the world

324,000 Financial Records with CVV Numbers Stolen From A Payment Gateway

Around 324,000 users have likely had their payment records stolen either from payment processor BlueSnap or its customer Regpack; however, neither of the company has admitted a data breach.

BlueSnap is a payment provider which allows websites to take payments from customers by offering merchant facilities, whereas RegPack is a global online enrollment platform that uses BlueSnap to process